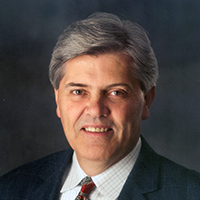 Prior to working at International Label & Printing, he was a production executive at the Chicago Sun-Times, where he was responsible for the production operation of what was then the eleventh largest daily newspaper in the United States.  He was with the paper eleven years and left in 1993 to join his former Sun-Times colleagues Dardano and Gorzynski at International Label & Printing.

He began his career at the Pana (IL) News-Palladium as a printer and later joined the Student Publications Department at Eastern Illinois University, serving as a journalism instructor and production manager of the student newspaper The Daily Eastern News.  He graduated from the University with B.A. and M.S. degrees.

Stay up to date

Subscribe to our free email updates.
You'll get about two emails per month. We'll never share your address.